Final shipping date for online orders will be 17th December 2021, recommencing on the 4th January 2022

Finding the correct battery size for your requirement can prove difficult, with terminology appearing somewhat confusing. Most lead acid batteries are manufactured to 2V, 6V or 12V, however the 'Ah' rating can be greatly varied. So what does ‘Ah' mean and how does this affect your choice? What other details should be taken into consideration?

‘Ah’ is an abbreviation of ‘Ampere Hour’, though sometimes you may also see ‘Amp Hour’ used, and is a standard unit of electric charge, equal to the charge transferred by a constant current of one ampere flowing for one hour. Looking at lead acid batteries the voltage and Ah is generally described on the battery itself, for example the Yuasa NP7-12 is described as 12V 7Ah. In this instance the 7Ah is given as the 20 hour rate, this tells us that at a constant discharge over 20 hours the battery will produce 0.35 amp per hour (20 hours x 0.35 = 7Ah). 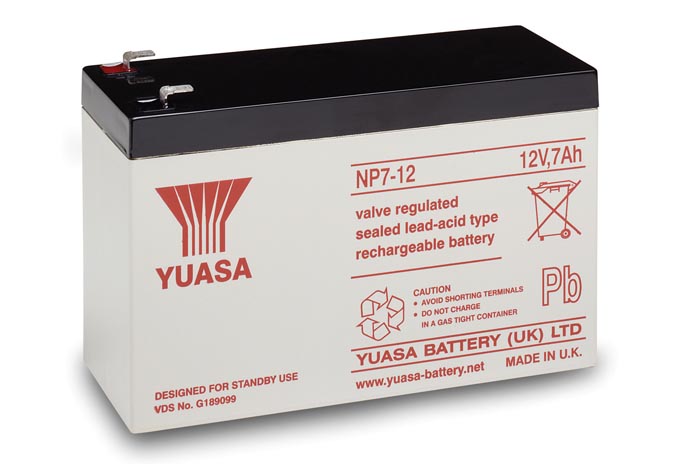 An important factor to consider when comparing Ah rates between batteries can be the ambient temperature in which the Ah rating is based on, for example, a 12V 18Ah battery using the parameters of a 20 hour rate at 20 degrees celsius may also be described as 12V 20Ah if the parameters of 20 hour rate at an increased temperature of 25 degrees celsius is applied. The higher rating is produces as the second rating was calculated in a warmer ambient environment, batteries will produce more power in an environment with higher ambient temperature though this can be at the cost of service life. You could be forgiven if in replacing an 18Ah battery with a 20Ah battery in thinking that the new battery has a higher power rating, however it may just be the case that the rating has merely been calculated using differing parameters to the original.

Similarly lead acid batteries can be described at differing hourly rates, the most common for VRLA lead acid probably being 10 and 20 hour rates. This also needs to be a consideration when comparing battery types of similar power descriptions, as often the longer the hourly rate the more efficient a battery will operate, so a 20 hour discharge will most likely produce a higher Ah rating than a 10 hour discharge period.

As always the team at Blue Box Batteries are on hand to help with any questions or concerns you may have. Should you be in any doubt as to the correct battery rating for your application we will always work to provide you with the assistance you need.